Yesterday ‘Pakjesboot 12’ steamed into the city of Groningen returning Sinterklaas to Dutch soil!! This means I’m allowed to start posting Sinterklaas related recipes, which is very exciting (I have no life).

In case you have no idea who/what Sinterklaas is and why he is surrounded by people in blackface I suggest you look on Wikipedia. Our country is just done discussing the possible racist nature of the helpers (the debate lasted for weeks) and I promised some people that I would not vent my own opinion here…..

So onto the typical baked goods that come with Sinterklaas. Usually in September kruidnoten make their first appearance in the supermarket (which always sparks another national discussion). They’re basically small cookies which the helpers throw at unspuspecting kids. If you want to make them even better you should cover them in chocolate…..

You can get Speculaas all year round, but they are definitely a Sinterklaas thing too. I remember always getting a huge one at primary school around Sinterklaas. 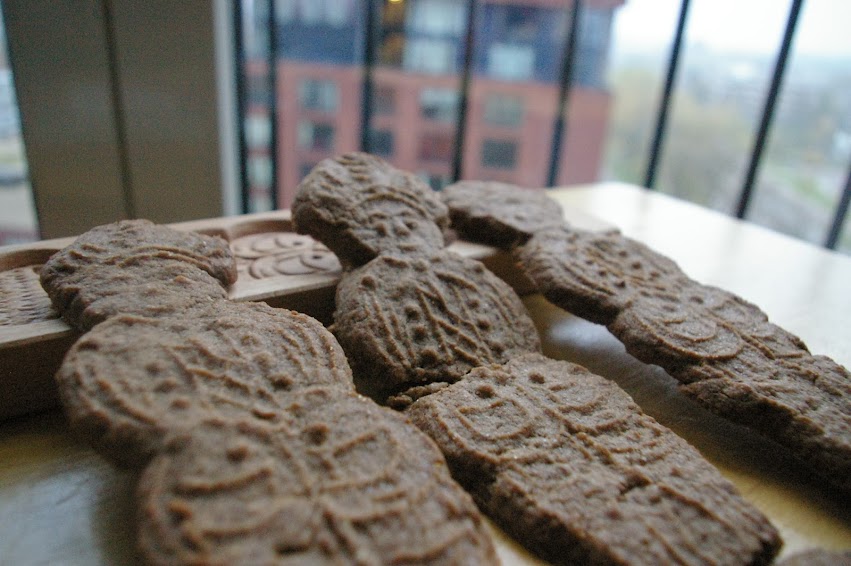 For both recipes you need ‘speculaaskruiden’ (speculaas spices), which is basically a mix of cinnamon, nutmeg, mace, pepper, ginger, cardamom, etc. For the kruidnoten I used a store bought spice mix and for the speculaas I used a mix I made myself with a recipe I found on this great website (I had to adapt it a little since I couldn’t find mace). If you’re Dutch you might as well just buy it in the supermarket, it’s much much easier.

Step 1. Place all the ingredients in a bowl and combine.

It should result in a rather crumbly dough.

Step 2. Make small balls of dough of about 6-7g each (you should be able to make about 40-50). Put them on some baking paper on a baking tray and flatten them slightly. 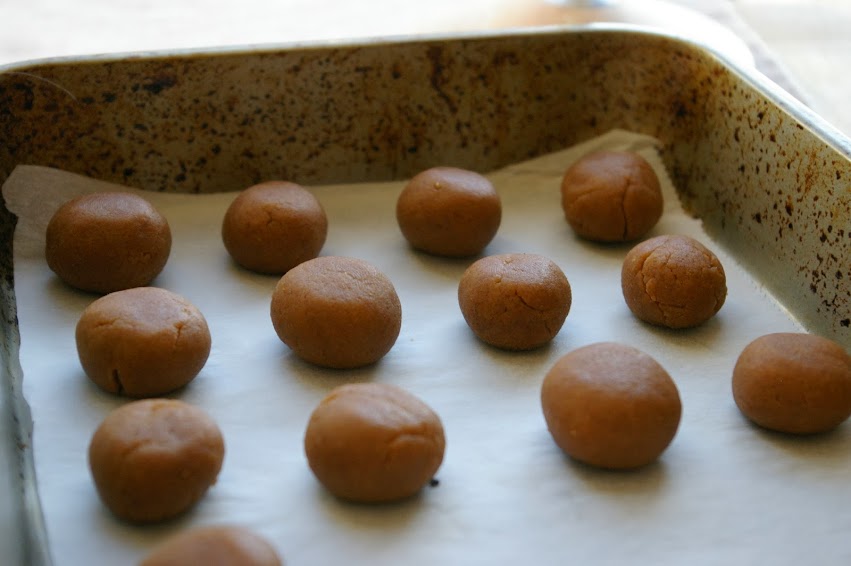 Step 1. Place all the ingredients in a bowl and combine.

It should result in a rather crumbly dough.

Step 2. Shape into whatever form you want. I used a traditional mould for it, which I found at a second hand shop a while ago. I think it’s supposed to be a baker…